And the Winners Are……

Comments Off on And the Winners Are……

Camp EDIFY gave away 2 bikes donated by the Salvation Army at the end of Camp 2018. 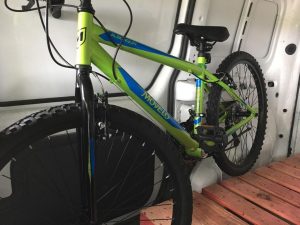 The Winner of the first bike was Kaleb S.  Children that signed up and attended Camp EDIFY for the first two weeks of camp were entered into the draw.  Kaleb’s name was randomly selected. 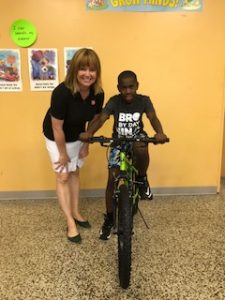 The second winner was Jaden P.   He accumulated the most ‘Camp EDIFY bucks’ during the course of the summer and was declared the winner on the last day. 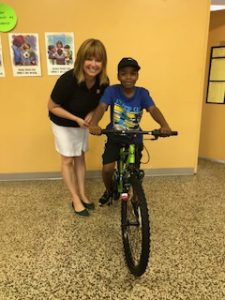 Comments Off on Farewell Campers!

Our final week of camp was a blast! Campers got the opportunity to express their artistic sides through various arts and crafts activities which included making giant bubbles. Campers also participated in several athletic events, went swimming and played at the splash park. Camp wrapped up with a fantastic basketball tournaments. Everyone got to show off their skills, campers and counsellors alike.

Our trip this week was our biggest yet, as Camp EDIFY went to Canada’s Wonderland. Campers got an experience as they were able to take a whirl on many thrilling rides at the theme park!

Unfortunately, this is the last week of Camp EDIFY. To all the parents and campers, we truly enjoyed having you all at Camp EDIFY this summer. We look forward to seeing you next summer and promise that it will be full of adventure, learning and fun!

“Moovin’ and Groovin’ To the Extreme” Week

Comments Off on “Moovin’ and Groovin’ To the Extreme” Week

This past week of camp has been a blast. During “Moovin’ and Groovin’ To the Extreme” Week, campers got the opportunity to exercise their fine motor skills while enjoying a variety of sports and other interactive games designed to build strength, skill, speed and concentration.

Campers participated in team games such as basketball, European handball and Ultimate Frizbee! Addiotionally, they got to cool off while at the pool and the Splash Park!

Last Tuesday, campers went to watch a movie at Cineplex in Scarborough Town Centre. They enjoyed Teen Titans Go!, as several campers were seen singing along to the film’s music.

Be sure to be present for the final week of camp, as it will be jam packed with fun activities and entertainment. The week is themed “Time Travelers” and campers will travel all the way back to week one to look back and reflect on their progress and growth from the past six weeks of camp.

Comments Off on Summer Olympics!

Summer Olympics week focused on EDIFY “celebrating the role of play & sport in education” and ultimately encouraged the campers to develop a healthy habit of physical activity. the campers got the opportunity to engage and take part in various interactive outdoor activities like Soccer baseball, Dodgeball, Capture the flag, Relay race and much more.

Our trip this week was to Woodbine Beach, where campers were able to enjoy a fun summer picnic at the beach on a beautiful summer day.

Make sure you don’t miss next week, as the theme is “Moovin’ and Groovin’ To the Extreme”. Campers will exercise their fine motor skills while enjoying a variety of sports and other interactive games designed to build strength, skill, speed and concentration.