See You Next Summer Campers!

Comments Off on See You Next Summer Campers!

Miracles in The Bible Week was a success! On Monday Camp EDIFY campers and counsellors showcased their amazing talents on our very own edition of Camp EDIFY’s Got Talent. Andre and Miguel showcased their amazing Basketball tricks. While Haniah and Maleah performed a remarkable dance routine. This week, campers were given the opportunity to talk about the miracles they have experienced in their own lives. In addition, counsellors gave all the campers insight to the remarkable miracle Jesus performed. Jesus only had 5 loaves of Bread and two Fish yet, he was still able to feed thousands of people!

Unfortunately, this is the last week of Camp EDIFY. To all the parents and campers, we truly enjoyed having you all at Camp EDIFY this summer. We look forward to seeing you next summer and promise that it will be full of adventure, learning and fun!

Comments Off on Sports Week!!!

Unfortunately, Sports Week has come to an end. Our lovely campers learned about the different sports and the various sporting techniques. On Tuesday during Arts & Crafts, the children made paper plate balls! 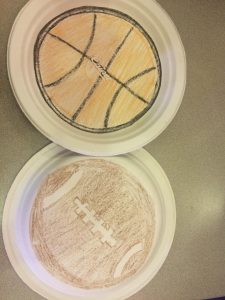 On Wednesday, the counsellors organized a game of soccer at the park. All the children displayed sportsmanship and teamwork during the soccer match. This week’s Trip Thursday was at Ever Green Brick Works, where campers discovered new ways to preserve energy and protect the planet! Furthermore, our lovely campers were given the opportunity to engage in a Scavenger Hunt, during the hunt they discovered historic buildings at the facility, and also enjoy the sunshine.

Next week will be Miracle In The Bible Week! We hope campers are excited to learn about the many different miracles that occurred in the Bible! Please stay tuned for the next blog.

Comments Off on The Royal Ontario Museum!

All the campers enjoyed Around the World week!  During the first day of Around the World, campers were given the opportunity to share what their ethnicity is, and what languages they speak at home.  In addition, campers learned how to count in Spanish and various other languages. 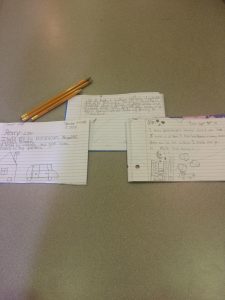 On Tuesday, campers completed a journal entry about where they would like to travel in the future. For instance, Henry-Lev wrote that he would love to fly to the Dominican Republic with his family!

For those of you who have been wondering where Camp EDIFY went for Trip Thursday, I’d like to announce that we went to….. The Royal Ontario Museum!! While at the ROM, camp EDIFY learned about historic events, and viewed the endless number of artifacts on display.

A lot of our campers enjoyed the Everyday Egyptians Exhibit which presented some objects the Egyptians left behind. Also, Camp EDIFY got a glimpse into the daily lives of the ordinary Egyptians. 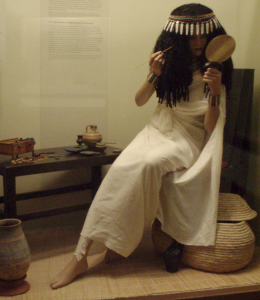 Please stay tuned for the upcoming blogs that will focus on Sports Week!!